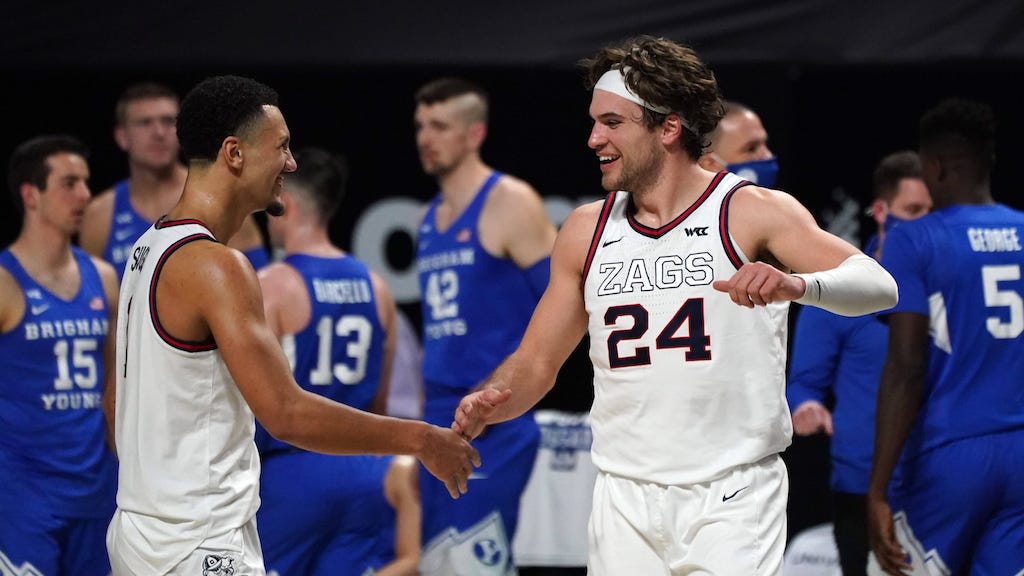 The most wagered sporting event in America is almost here, and college basketball fans could not be more excited. Now it’s time for the 2021 NCAA Tournament report!

Here are the things you need to know ahead of the action on Thursday night!

PROFESSIONAL SPORTS HANDICAPPERS: THE TALE OF THE TAPE

This year’s tournament will resemble a different structure because of COVID-19. All games will be played in Indiana in a variety of arenas. The first round will be played on Friday and Saturday. The second round will occur on Sunday and Monday.

In a usual season, the first round starts on Thursday, and the second round concludes on Sunday. The organization of this year’s tournament is remarkable. Here are the sites for the games.

Here are the games that will be played on Thursday.

Following the selection show, odds were released for all the teams in the tournament. When looking at the 2021 NCAA Tournament report, Gonzaga is the favorite to win the entire tournament. Baylor, Michigan, and Illinois follow them in the odds.

Gonzaga is +220 to win the NCAA Tournament. There is not as much value in Gonzaga as some other teams in March Madness.

Illinois has the most betting value of the four one-seeds in the tournament. Illinois is the first seed in the Midwest bracket. They have a difficult path to the Final Four. However, they are +750 to win the National Championship.

A couple of teams that could quickly end up in the Final Four are #2 Alabama (East) and #4 Oklahoma State (Midwest). The Crimson Tide dominated in the SEC in the regular and postseason. Alabama is unique because they love to shoot the three, but they also play great defense.

Oklahoma State defeated Baylor (#1 South) in the Big 12 semi-final. Oklahoma State is reliant on freshman Cade Cunningham, who is expected to be drafted first in the NBA Draft.